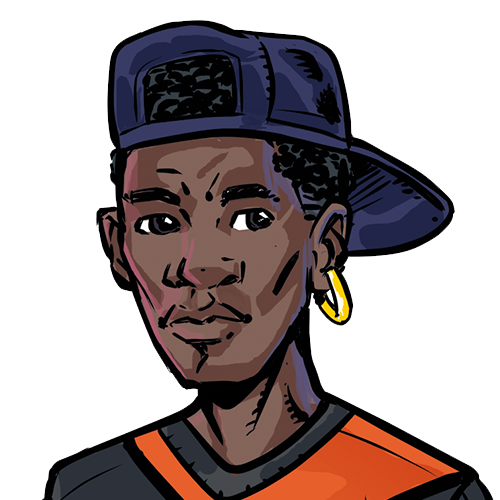 Has the Love and support of both parents, he learns effectively from other people's mistakes.

Likes Gadget watches, dislikes being the subject of jokes.

Being respected more among his circle of friends.

Jay is seen as the weakest link among his peers and often targeted by other rival groups. He doesn't take nicely to being bantered by his friends, who are unaware he takes their jokes personally. With the knowledge and Love of both parents, it helps him stay away from the life-threatening war between two local gangs, Knife squad and watch gang.